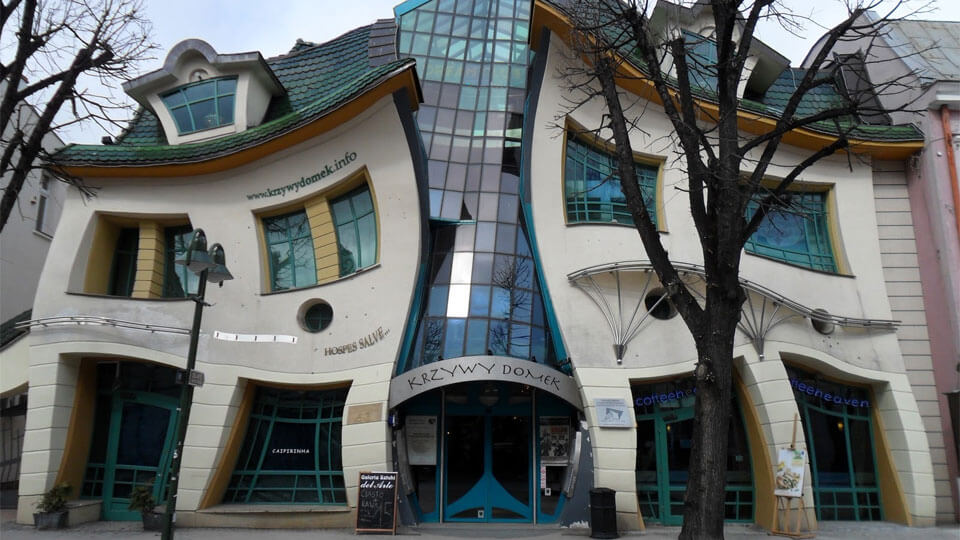 When she contacted us for a water infiltration problem, our client expected the problem to be solved in a jiffy. Unfortunately, water infiltration are often the result of another, deeper problem and this was exactly the case for our client. But the quick response of our client allowed her to intervene before the sky fell on her head. Read our articleand see how signs of water infiltration revealed a major problem with the house’s structure.

Our client – we’ll call Ms. Larivière for purposes of the case – contacted us early this summer because she was facing a serious problem of water infiltration in her garage. Our mandate was clear: to confirm the presence of the water leak, identify the cause and provide solutions. We went on site where Ms. Larivière and Mr. Laflamme, the former owner, were waiting for us. While we take a look at the clear signs of water infiltration in the garage, Mr. Laflamme and Ms. Larivière gave us a brief summary of the building’s history.

The house was built in 1998 and purchased by Mr. Laflamme, who lived there with his family until 2010 when he sold it to Ms. Larivière, a longtime friend. Neither of them ever had any similar problem. The former owner even claimed to be the first surprised to see such a situation occur. With this information in mind, we begin our investigation.

The fact that there was, at a certain time, a water leak is indeniable considering the characteristic ring-shaped stains visible in several places on a wall and ceiling of the garage. In the room above the garage we found no stain but our humidity sensor revealed abnormally high moisture level at the base of the wall located right above the water stain. To find the cause of an infiltration one must take the reverse path of the water so we, with the permission of the current owner, proceeded with a few openings in the walls and ceiling of the garage.

As we suspected, the water was seeping from the junction of the roof of the garage and wall of the upstairs room. A look on the roof confirmed that the flashing, the elements which seal the roof and the outer wall, did not meet industry standards. Therefore we were not surprised when the failed to the task as soon as we put them to the test. However, this did not explain why the water leakage was so recent. What had changed to cause the problem?

We knew that the water infiltration came from a failure of the flashing at the junction of the roof of the garage and the wall of the upstair room. We now needed to determin what had caused the recent appearance of the problem. We took a second glance in the openings in the garage ceiling, but this time without limiting ourselves to traces of moisture.

What we have discovered sure was surprising to say the least: changes and alterations had been made to the structure of the house which negatively affected its strength and integrity. In fact, a section of the structure supporting a part of the roof had been removed. Notified of this disturbing discovery, Mr. Laflamme informs us that a few years before the sale, he installed of a fireplace in the room above the garage and that to make room for the chimney, he had been forced to remove a few pieces of wood…

Back upstairs, a quick look reveals a hight differencein the floor, which was more important in the middle of the room, just in front of the fireplace. Here, the height difference between the highest and lowest floor was approximately 1.5 inches! Also, there was, at this point an abnormal “springy” effect to the floor, attributable to a weak structure. In fact, this weakness resulted in the wall outside the room upstairs slowly sinking within, taking with it the chimney and the roof of the garage (see image). This movement had the effect of creating a slope in the roof that directed rainwater into the building rather than away from it and thus causing the water infiltration.

Based on our investigation, our analysis of this situation was as follow: during the renovation works for the installation of the fireplace by the previous owner, changes to the structure were made. These changes have considerably weakened the structure of the floor and caused movements of the wall and the chimney that eventually led to water infiltration.

Necessary recommendations were issued to make sure everything was compliant to the building code and safe for the residents. In this case, the present and former owner knew each other well and came to an friendly agreement, but if this had not been the case, it is likely that this case of expertise would’ve evolved into case of legal expertise since the structural defect existed before the sale of the building. Given the proximity between the seller and the buyer, the latter has not seen fit to ask for a pre-purchase inspection during the transaction. This demonstrates how this type of inspection is useful because it can raise flags for potential buyers that under the varnished surface of the floor surface lurks a situation requiring a deeper investigation.

If you or someone you know are going through a similar situation or are about to purchase a house, opt for peace of mind by retaining the services of our recognized experts in court. Visit our problem solving page, pre-purchase inspection page or contact us by email or phone at 514-286-0550.

Despite their sometimes repulsive aspect, bees, bats, ants or even spiders all have an important…

Dry rot: can you protect yourself from this building cancer?

The sun rises on your home, its rays warming you through the window. You admire…

Recent articles
Newsletter
Take advantage of the knowledge acquired by our experts over the years!
Follow us
Archives
Categories