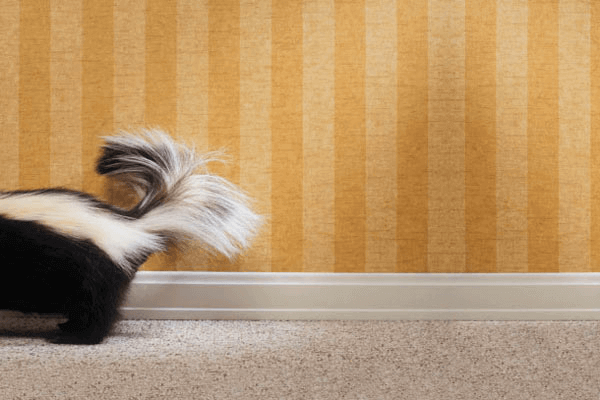 Cooking odors, cigarette smoke or even vehicle exhaust: anyone who has ever lived in a condo or apartment knows full well the inconvenience that may cause odor diffusion problem. Often, after a short investigation, you realize that these odors come from a neighboring dwelling or underground garage. Read this review to understand the route taken by the odors inside a building.

First, for an odor to propagate between units, these two factors are necessary: openings for the passage of air from one unit to the other and a pressure forcing the air and odors to travel through these openings.

Let’s talk about openings in the walls separating the units. You may see them, but they can hide anywhere: under the sinks, in the laundry or mechanical room, behind floor moldings, underneath doors, above the ceiling, in recess ceiling, around plumbing pipes, etc. But is it normal that there is such openings in the ceiling and walls of a unit that allow odors to travel all over the building?

Know first that there is nothing in the building construction code to regulate the dissemination of smell. Surprising as it may seem, it is in fire protection that we will find the solution to this problem. The building must be in accordance with certain standards to prevent the presence of openings between units. This lack of openness between the housing that prevents smoke and fire from spreading from one unit to another in case of fire. In theory, the tightness of each unit is ensured during construction. However, complications can occur and cause unexpected openings. A poorly completed interior finish, the passage of electric cables, plumbing pipes, heating or ventilation are all openings, if they are not well caulked or sealed, allow the passage of air between two dwellings.

So if the code does not mention anything about the spread of odor, it nevertheless requires contractors to ensure that the divisions between the units are free of openings that could allow the spread of the fire and, and by extension, odors.

That said, the presence of openings between units is not sufficient to explain alone the smell diffusion phenomenon: it is also a force that pushes the air, or atmospheric pressure. If a unit has a pressure higher than its next doors neighbor and that there are openings between the units, it will expel its air and spread unwanted smells to its neighbors. What can affect the internal pressures of a building? The Canada Mortgage and Housing Corporation (CMHC) identifies three driving forces behind air travel in apartment buildings and condominiums:

In short, a unit that lets odors get in may also let the smoke and flames inside in case of fire. The inconvenience of odor diffusion can also hide a larger problem. So if you are faced with such a situation, talk to your condominium association or contact our experts. We specialize in identifying odor path between the units and can advise you to resolve the problem.

Remember, it is simpler and cheaper for entrepreneurs to use our services during construction to verify the compliance of fire separations between units. They can then seal openings before closing the walls rather than to intervene following a complaint. Learn more on our services for entrepreneurs or see our condo inspection services.

A carbon monoxide detector to save your life

Despite the awareness campaigns of recent years, it still happens too frequently that our inspectors…

With the many stories on the subject shown on TV or heard on the radio,…

Home renovation: avoid ending up all upside down

"My brother will help me with these renovations. He knows what he’s doing; after all,…